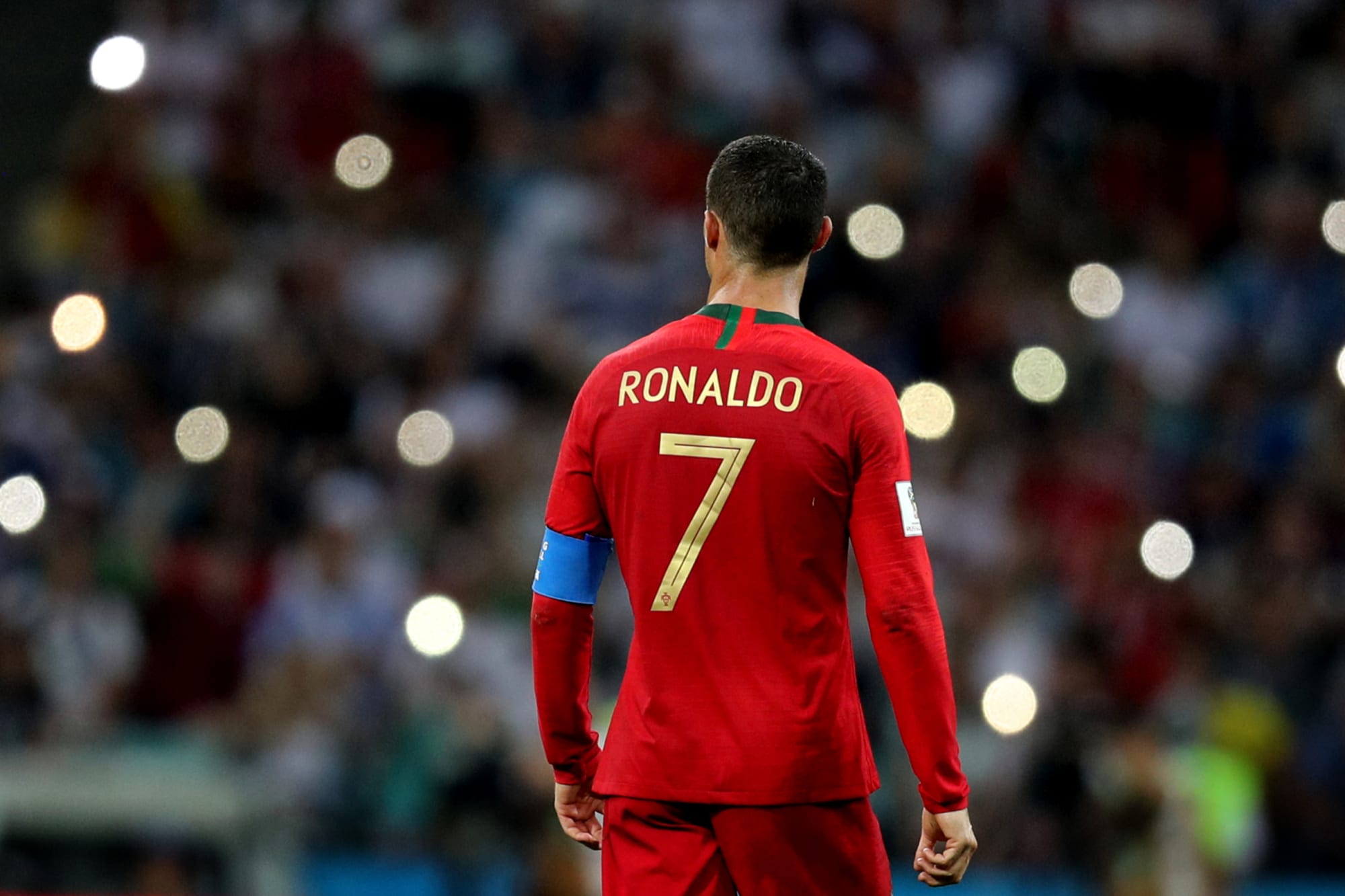 When Manchester United purchased Cristiano Ronaldo from Juventus in the summer transfer window of 2021-22, it was being termed a nostalgic moment for the fans of the ‘The Reds’. It seemed like CR7 was planning to hang his boots at the club where he played one of the best seasons of his career with 84 lucrative goals in 196 appearances. However, things didn’t go down as expected with Cristiano for the Premier League 2021-22 season as he has just managed to strike 17 goals in 28 appearances which look decent on records but have not come good against the big 6 of the premier league ( hattrick against Tottenham being an exception ).

What adds fuel to the fire is the disappointing run at the Champions league 2021-22 season, the format where the CR7 used to outshine his rivals and compatriots throughout the years. The example of No shots on target against the Simeone lead Atletico Madrid in the UCL Quarterfinal, his most victimised team which cost the United losing hopes of running for the Champions League title. Well carrying the Blame on Cristiano’s performance will be hypocritical considering the depth of the Manchester United’s squad which has the likes of Pogba, Bruno, Sancho, De Gea, Rashford but is being brutally punished by the mediocre teams. Thanks to the uneven management of the Ole Gunnar Solskjær followed up by the confused tactics of the Interim Manager Ralph Ragnick.

This MUN side seems to be competing hard even for the Europa league, leave out UCL for a while. This certainly has sparked the speculations high of Ronaldo leaving the club for the Summer transfer with the night at Old Trafford against the Brighton possibly being the last of his career at ManU. This has come up with Ronaldo disappointed with the Trophyless run of Man United indeed making his influential record suffer for the first time in a while. 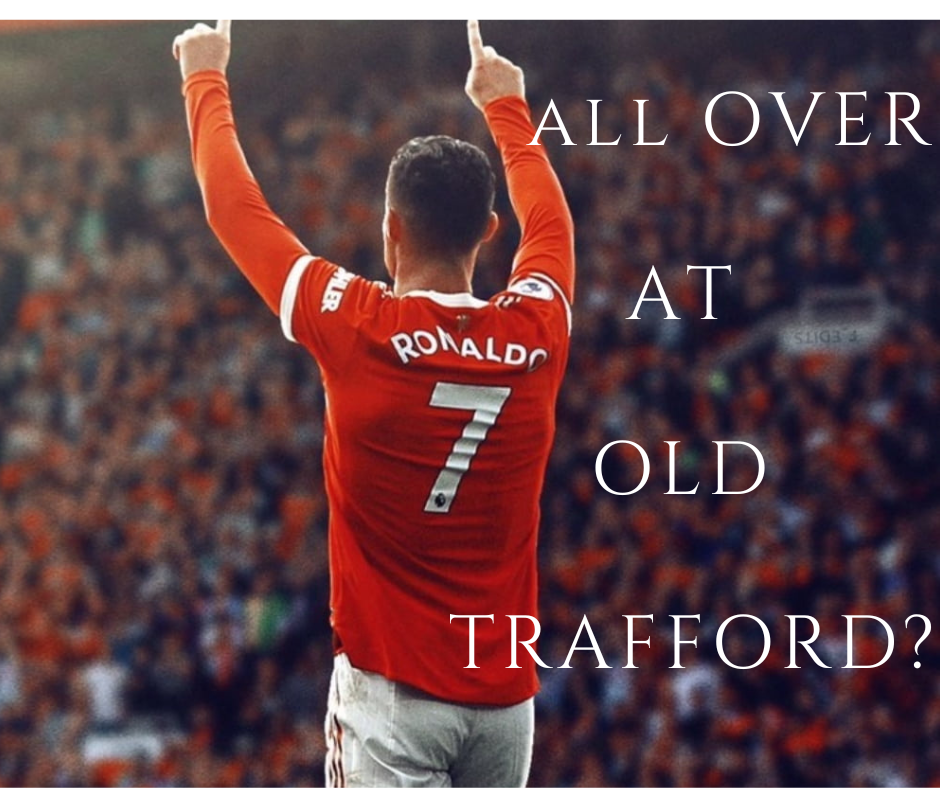 Even though the addition of Erik Ten Hag as the new Manager is seen as the new transition period of ManU with Ragnick taking a back seat as a consultant, it seemingly shows that the CR7 as the lead is not in the cards for Erik Ten Hag’s gameplan who seeks to revive ‘Total Football’ at his time in England with a major build-up of the United’s squad possibly hinting the purchase of new strikers & Centre backs in a swap for the Current ones respectively. Considering the recent success of Erik Ten Hag with AJAX at Eredivisie & Champions league, it should come as no surprise that Ronaldo’s place in the  starting XI would be uncertain due to less work rate, age factor & lack of pressing which is a must for the ETH’s players.

This has once again striked the rumours of Ronaldo moving back to Santiago Bernabeu to serve as deputy to Carlos Ancelotti for a glorious run or maybe a surprise move to Bayern Munich at Bundesliga to once again claim his supremacy at the attacking football of Bavarians with being the perfect choice for Number 9 role in place of Robert Levandowski whose successive terms with Bayern comes to the end this season. Well only time will tell the fate of the Ronaldo with ManU but for now, it feels like the fans’ reaction at Old Trafford feels more like Bidding Adieu to one of the greatest Players of their Club.

Why ‘Los Blancos’ may upset ‘The Citizens’ ? 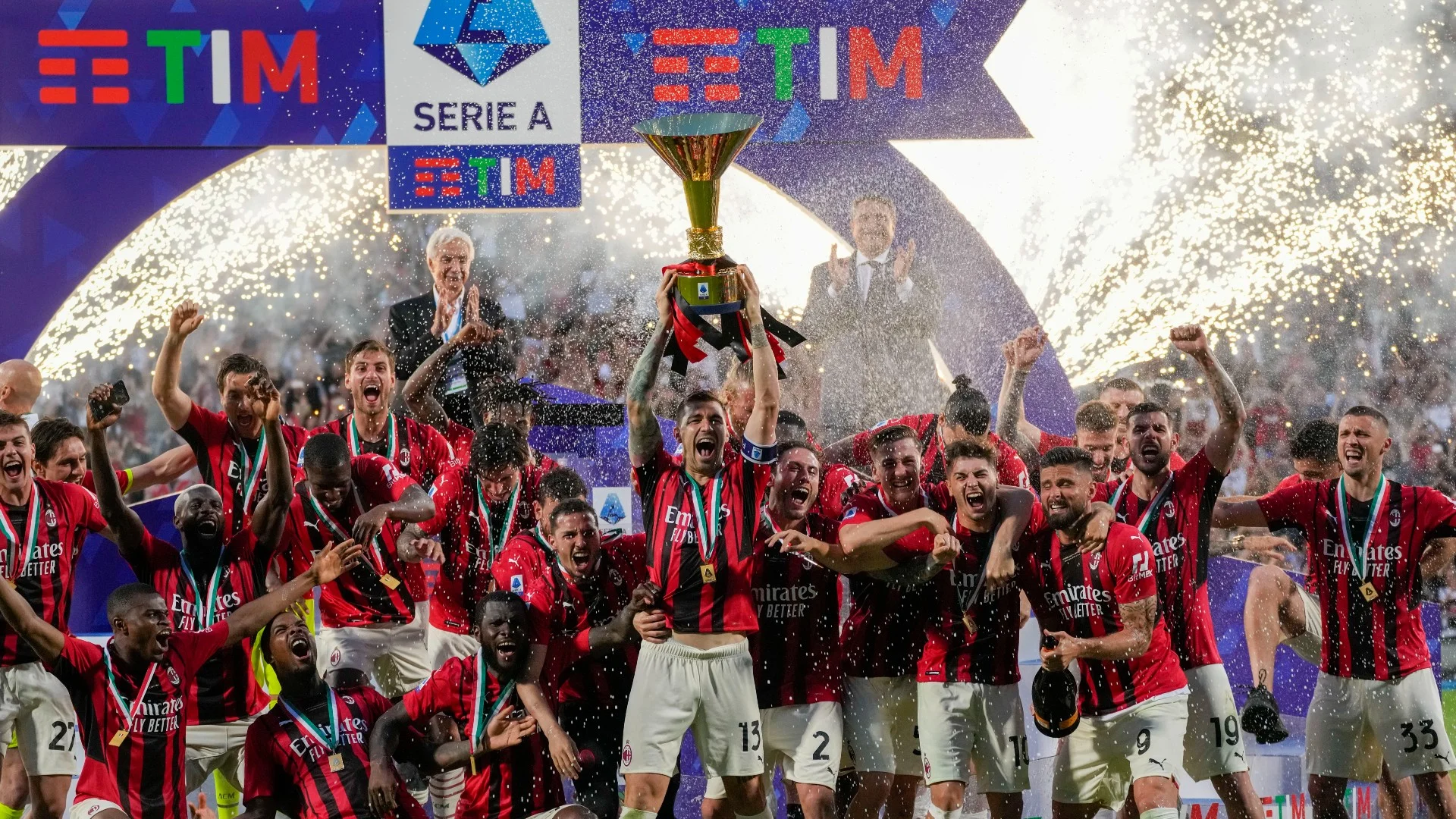 Regains Scudetto after 11 years’ drought. Are glory days back for Milan?

You must never ever write off Milan. A club with so much history and passion. On Sunday Night, Rosonerri played their last league game against Sassulo. What is worth to be noted is that the win/ lose equation was almost the same as that of Premier League Clubs Manchester City and Liverpool. Had Inter won against Sampdoria ( which they won actually. All thanks to Correa’s brace in the 2nd Half ) & the AC Milan would have lost against Sassuolo or even been restricted to draw, then Simone Inzaghi’s Inter Milan would have ended the season with better GD. Thus, clinching their Serie A title in a row.

One of the greatest scudetto in Milan’s history, for more than one reason. Against all odds, against biased decisions of the referees, against clubs with a payroll twice as big. We surely can’t think of a more deserved triumph, and winning it this way. Just overturning a 7 points deficit, winning the derby the way Rosonerri won it, and the decisive match being Bologna-Inter which Inter had shamelessly tried to win off the pitch and then postpone as long as possible looks quite like a  poetic justice. This victory also marks the first big title in the portfolio of Stefano Piolo who is in-charge of the Management since 2019.

What went wrong with Milan ?

It is undoubtedly said that Milan was one of the topmost clubs who ruled football for almost 2 decades in the 90s and the early 2000s. In this span, they had a decent supply of youth players like Maldini and Baresi ( arguably the best defending duo of all time ), a great manager like Ariggo Sacchi succeeded by Carlo Ancelotti and a beautiful playing style. Their game never had a particular philosophy and was much opposition oriented. Well, players like Baggio, MVB, and Kaka in their era could adapt to the various attacking positions on the field. The team used to press higher resulting in the best attacking football to witness. But then came a time when Milan Suffered a big setback. The Calciopoli Match scandal broke the backbone of Milan. The club was relegated to the Serie  B as a punishment for a few seasons.Moreover the Spain & England became more marketable with their respective leagues gaining much prominence. Thus, clubs like Real Madrid, Manchester United, Barcelona became the preferred clubs for young prospects then Milan which was booed for becoming the household club for purchasing big but finished big names like Beckham, Ronaldo ( not CR7 but Fenemeno ), Ibrahimovic who used to be at the late stage of their careers. Further the Italian recession of 2008-09 showcased the lack of money in Italy to buy the World class players. This combined with the lack of future planning of Soccer in Milan’s Youth academy proved to be a major downfall as the club relied more on the past glory.

It should not come as a surprise that it took almost a decade for Milan to rebuild the squad from scratch and the only major trophy which Milan won was the Supercoppa Italiana in 2016. This just looks dwarf in the achievement of such a historical club’s stature. But then you will need to praise the winning mentality and the support this Club has been showered to ultimately come out of its shadow. What comes as a surprise is the presence of Zlatan Ibrahimovic in the squad under whose time Milan once again earned the Serie A title as the club didn’t win the same since the latter moved to Ligue 1. Oliver Giroud proved to be the most clinical and lethal on aerial for his debut season with Milan since the prime Arsenal days and his brace against Sassuolo ultimately ended the drought of 11 years making Juventus more concerned to get on the track of decade’s dominance( 2011-2020).  Check out what our Ibra has to say post-match celebration to the media in his typical Zlatan Style of motivation and Thanksgiving.

AC Milan to be Resold?

Special credit too goes to the Milan Legend Paolo Maldini who as the Technical Director since June 2019 has intensively worked on sporting strategy and development of the club. And now the Serie A prize money is going to put the club once again into good financial strata. Furthermost, as the rumors are to be believed, it looks evident that the club is soon going to get rid of the ownership from Elliott Management Corporation and has seen Redbird Capital, the American private investment firm and the Bahrain based Investcorp to be in the race to acquire the ownership.Both the parties look close to a final agreement which could see a deal for around 1.3 billion euros making Milan once again become the Financial powerhouse.

Just to add on lastly, the Italian Journalist Enzo Bucchioni has reported that Joao Felix is AC Milan’s summer Dream as Paolo Maldini and Massara have very clear ideas on how to build a squad able to compete in Europe next season. This could make a deal finalized at 70 million euros given the market value of Felix. But for the AC Milan ‘Ultras’ this could be a dream come true as they shall be able to witness the Junior Kaka ( due to Felix’s resemblance & playing style more similar to Kaka ) in the San Siro Soon. What happens next? Only time will tell. For now it is certainly a big time to celebrate for Milan fans throughout Italy and the World.

Why ‘Los Blancos’ may upset ‘The Citizens’ ? 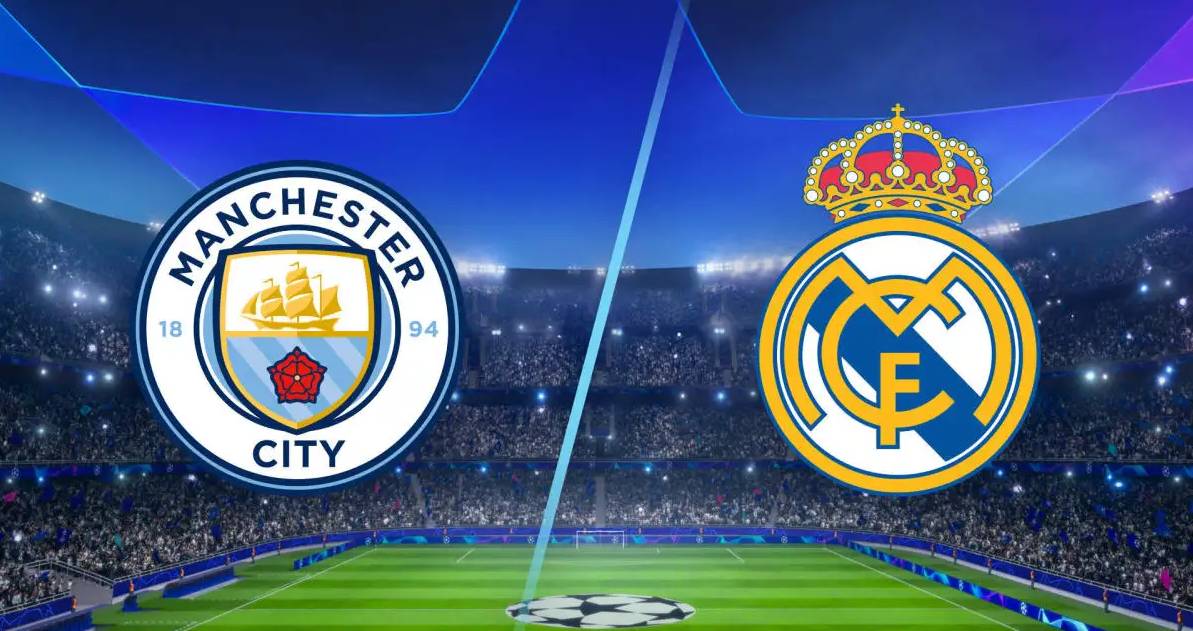 All eyes are set for the Champions League Semi Final Leg 2 which is to be played between the two dominant teams of Europe- Real Madrid & Manchester City. Just a week ago, we witnessed the aggressive scoreline of 4-3 between ManCity & Real Madrid which was one of its kind played at the Etihad Stadium & now is followed up with 2nd Leg at Santiago Bernabeu to be played on 5th May @ 12:30 IST. It has sparked the excitement worldwide once again as it is being seen as the Close encounter. But still there is a belief that Guardiola’s led Man City can be overshadowed by Carlos Ancelotti’s Real Madrid. Find out the reason why Man City can suffer big blow below: 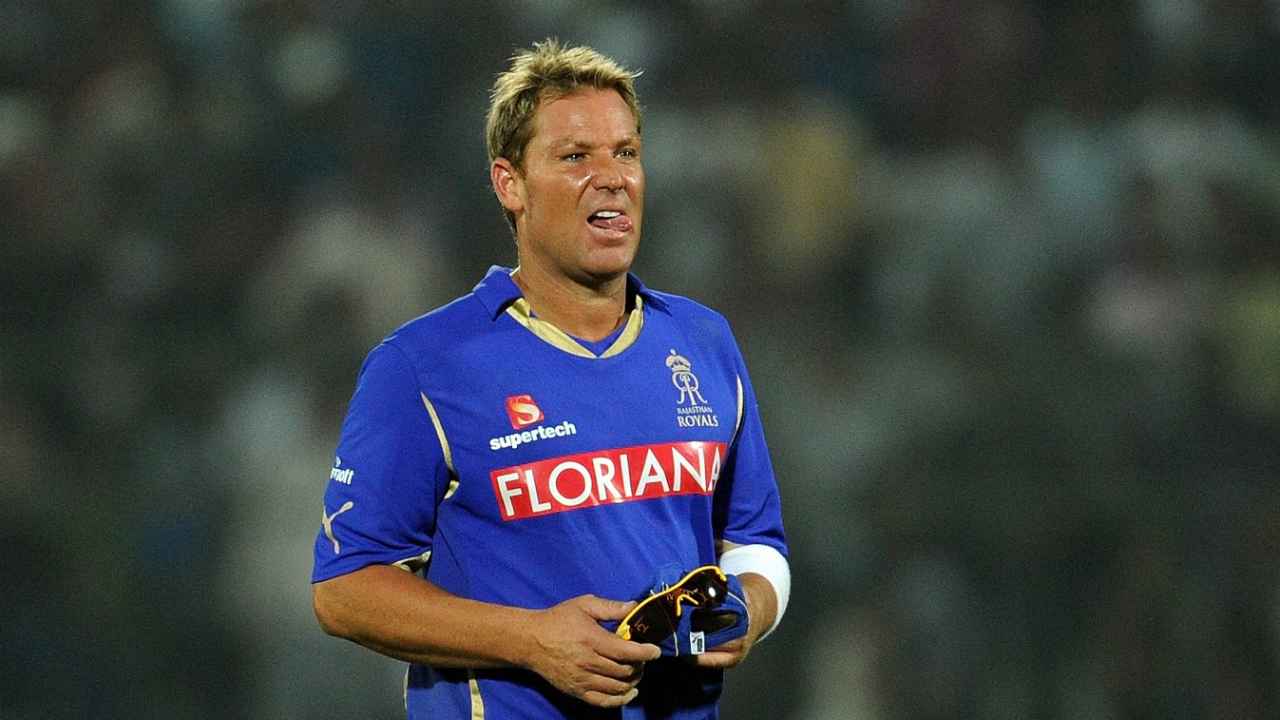 One of the most successful and famous Australian cricketers Shane Warne died last evening at the age of 52 supposedly from cardiac arrest. Though the official cause of death is still not out. The cricketer was at his residence in Thailand during the heart attack.

The management company of Warne’s has released a brief statement confirming the demise of the latter. ‘’It is with great sadness we advise that Shane Keith Warne passed away of a suspected heart attack in Koh Samui, Thailand today, Friday 4th March,’’ the statement read. “Shane was found unresponsive in his Villa and despite the best efforts of medical staff, he could not be revived. The family requests privacy at this time and will provide further details in due course,” it added.

Shane Warne played cricket for not less than 15 years with an impressive record. He was a Right-arm defined spin bowler and was among the greatest bowlers ever to play this game. Warne made his international debut in 1992.  He played over 145 Test matches while taking 708 wickets. On the other side, he played 194 ODI matches with 293 wickets.

Warne retired from international cricket in January 2007. After his retirement, Warne involved himself with the Indian Premier League, leading Rajasthan to a title in the first edition and this once again proved the fact that he was an inspirational leader. He played a vital role with Rajasthan till 2013 and then took to television commentary. In 2018, life came a full circle for Warne as he got appointed as Rajasthan’s coach in the IPL. He was indeed one of the best spin bowlers of all time.

Fans and cricketers all around the globe are mourning the demise of such a great cricketer with an untimely death. Appreciations and tributes are being bestowed over him for his tremendous contribution to sports all across social media.