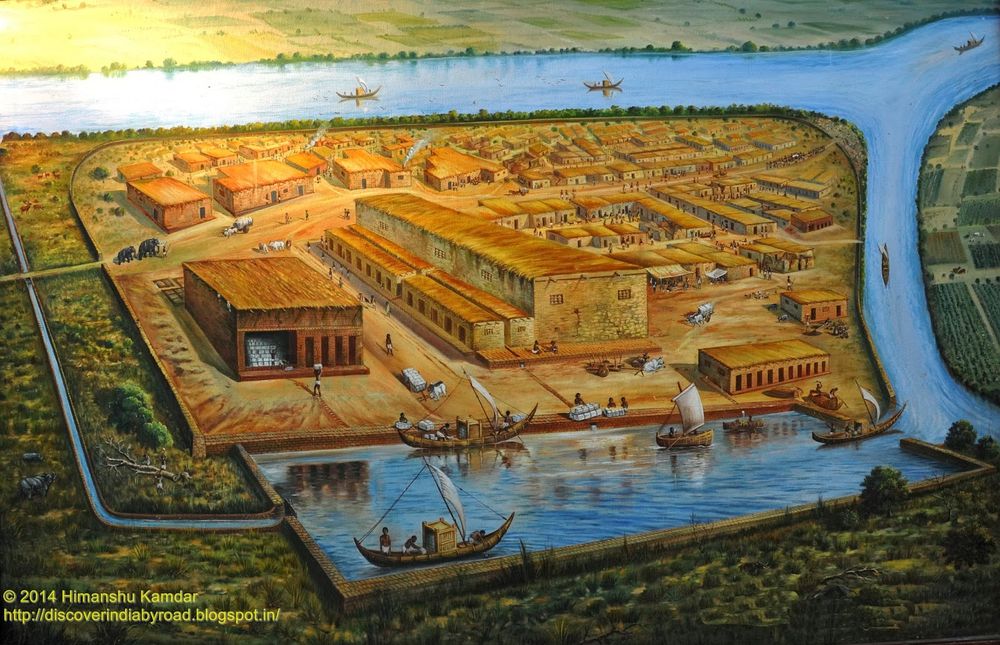 Today we have multiple resources to trade goods, but there was a time when ships were the only available option to import and export the goods, and we can proudly say that we have the world’s oldest Dockyard.

We are talking about the Dockyard situated in Lothal, Gujarat.

The Dockyard is still available at Lothal, and it is the massive Dockyard that has helped make this place important to international archaeology. Spreading 37 meters of the area from east to west and about 22 meters from north to south, the dock is being said by some as the incredible work of marine architecture before the birth of Christ, and we can proudly say that this site is a part of India.

It was unearthed beside the river Sabarmati. The structure’s design shows a detailed study of waves, pneumatic, and the effect of seawater on bricks. Ships could have entered into the port’s northern end through a channel connected to an inlet of the Sabarmati River during the high tide. The locked gates could then have been closed so that the water level would rise adequately for them to float.

If you visit this incredible place today, this large rectangular, water-filled structure may look like a reservoir to you but is the oldest dock in the world.

What is the exact location of this Dockyard?

The Dockyard is located at the site of the ancient city of Lothal, situated about 80 kilometers from Ahmedabad, in the state of Gujarat, in India; you may access this place by road, train, and air as well, but first, you have to reach to Ahmedabad, and there you’ll get many options of road transportation to access Lothal.

Lothal is one of the rare sites within the Indus Valley Culture accessible from India.

Lothal is believed to be at least 5,000 years aged and was the only port-town of the Indus Valley Civilization. Lothal’s dock connected the town to the Sabarmati River, which was an important trade route between Harappan cities and the peninsula of Saurashtra.

The location of Lothal was ideal for a dock because the Gulf of Khambhat had the highest tidal amplitude, and ships could be sluiced through flow tides in the river estuary.

In addition, like most Harrapan cities, Lothal had outstanding town planning with a four-cornered fortified structure crossed by wide streets running east-west and north-south, lime-plastered pavements, an advanced drainage system, rows of bathing platforms that time, also a bead-making factory.

Lothal had survived long after the Indus Valley Civilization core settlements, Mohenjo-Daro and Harappa, had decayed away. But tropical hurricanes and frequent overflows caused massive devastation, and the city became unlivable and was eventually abandoned.

When the site was first unearthed in 1955, some archaeologists claimed that the bay was too small to house ships and conduct much traffic and that the dock was an irrigation tank. But the discovery of marine microfossils, salt, and gypsum crystals has provided robust evidence that the structure once held seawater.

So yes! to explore the world’s oldest Dockyard, people have to make their way to India and not to America, Egypt, and France.

Related Topics:India bloglothal dockyard of harappan civilizationLothal is the Harappa site where a dockyard has been foundMumbai Uncensoredmumbaiuncensored.comRudroneel Ghosh blogTalking Turkey blogThis large rectangular water-filled structure may look like a reservoir but is in fact an ancient dock
Up Next