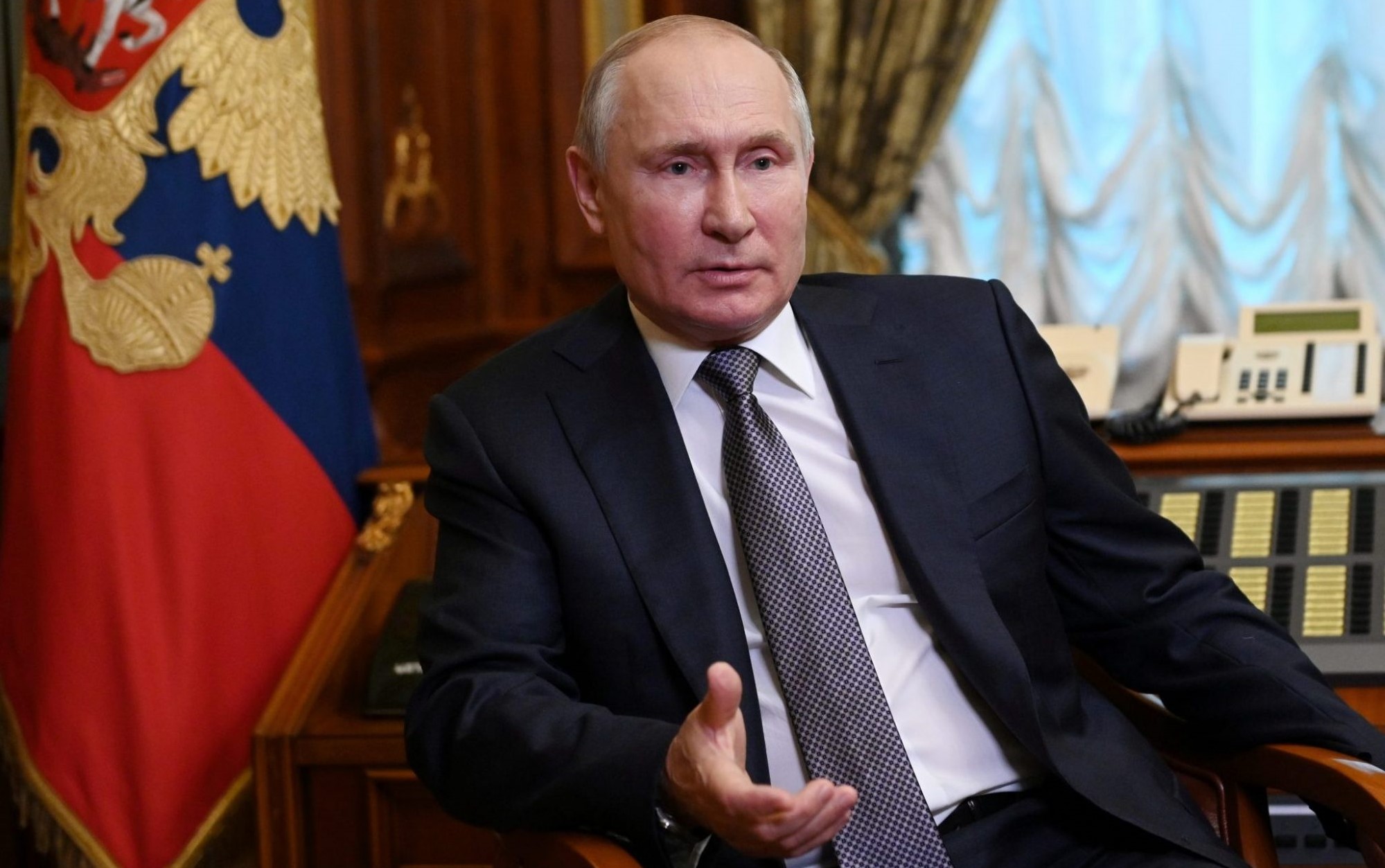 In a tweet, the Kyiv Independent cited a report in the Ukrayinska Pravda online newspaper that former Ukrainian president Viktor Yanukovych is being prepared for a special occasion by the Kremlin.

Ukraine’s intelligence agency said in a report that Russia could try to declare him the “President of Ukraine” under one scenario. It said the Kremlin may prepare an informational operation or action to promote Yanukovych’s return to Ukraine. Since fleeing Ukraine in 2014, he has lived in exile in Russia and is now in Belarus, where he waits for his arrival in Kyiv, and for Putin to declare him the country’s new president.

In February 2014, Yanukovych was forced from office after widespread protests over his decision to reject a EU-led plan to align Ukraine with the bloc, with an eye toward membership in the bloc, and pursue a Russian financial bailout package and tighter ties with Moscow. Yanukovych was 72 years old when he served as Ukraine’s president from 2010 until his ouster.

The Ukrainian government and numerous groups of international civil society have also charged Yanukovych with running a corrupt administration, including allegations that he embezzled government funds. Despite his denial that he misappropriated public funds, Yanukovych supported a small cabal of wealthy Ukrainian businessmen, including his son Oleksandr Yanukovych and members of his family. amassing fortune.

Yanukovych lived an extravagant lifestyle despite working most of his life as a mid level businessman, politician and civil servant. He owns a lavish estate called Mezhyhirya on the outskirts of Kyiv featuring a giant wooden mansion that has a pure copper roof, 18-hole golf course, tennis courts, a private zoo, an underground shooting range, an underground shooting range, and a bowling alley.

Yanukovych, who’d been born into such a poor family in Donetsk Oblast, a predominantly Russian-speaking region of Donbas, had been a trucking and logistics industry executive before being designated deputy’s head and afterward leader of the Donetsk Oblast local administration in 1996 and 1997.

Yanukovych was named prime minister by Ukrainian President Leonid Kuchma in 2002, and his nomination was ratified by the nation’s legislature, the Verkhovna Rada, by a slight margin. He was perceived as pro-Russian, while openly stating his support for Ukraine’s ultimate membership in the EU. His council also offered to send the Ukrainian military to support the US-led alliance in the 2003 Iraq War, despite previously opposing Ukraine’s bid for NATO membership.

Yanukovych campaigned for presidency in 2003, and he received a large portion of his support, from Ukraine’s southern and eastern regions, which have traditionally been considered more pro-Russian. Because no candidates received more than 50% of the vote during the first round of polling in late October, a runoff election took place a couple of months later. Yanukovych was crowned champion from that vote, although the election was plagued by significant allegations of fraud leveled by both Ukrainian civil society organizations and foreign poll monitors.

This resulted in two months of nonstop protest rallies, rebellion, and general strikes dubbed the “Orange Revolution” in Ukraine. (The demonstrators were using the orange electoral colors of Yanukovych’s rival, Viktor Yuschenko.) The Ukrainian Supreme Court pronounced the election null and void, ordering a re-vote in late December 2004, whereby Yuschenko was pronounced the victor.

Following Yuschenko’s triumph, Ukraine’s parliament approved a nonbinding motion against Yanukovych’s cabinet, urging outgoing President Leonid Kuchma to appoint a provisional government. Yanukovych, on the other hand, resigned, subsequently claiming that he did this to avoid political violence.

In 2009, Yanukovych ran for President of Ukraine again, eventually defeating Tymoshenko, the other leading candidate, in a run-off in February 2010. Initially, Yanukovych said that Ukraine’s integration into the EU was “the goal.” strategic goals” of the country, but he continued to speak. that Ukraine should not join NATO and that it should seek a neutral position between NATO and Russia. In 2010, Yanukovych announced that Ukraine would abandon its stockpile of highly enriched uranium and convert its nuclear research reactors, inherited after the collapse of the Soviet Union, to run only on low-enriched uranium. Both measures are internationally hailed as positive steps towards nuclear non-proliferation. Meanwhile, Yanukovych has agreed to extend the lease of the naval bases in Russia’s Crimea, which is due to expire in 2017, for another 25 years with the option of a new five-year extension. In return, Ukraine gets a discount on the purchase of Russian natural gas. As president, Yanukovych was widely condemned for prosecuting his rival Tymoshenko, who was sentenced to seven years in prison in 2011 on corruption charges widely seen as politically motivated, linked to the gas deal Ukraine signed with Russia when she was prime minister. . Yanukovych later refused to pardon or release her on humanitarian grounds to receive medical treatment in Germany after suffering debilitating back pain in prison. (She was eventually released in 2014 after Yanukovych was ousted.)

In November 2013, Yanukovych will travel to Vilnius, Lithuania for a summit with the EU, where he is widely expected to sign an agreement that will set the framework for Ukraine’s relationship with the European Union, including preferential trade terms. The deal will put Ukraine on the path to eventual EU membership. However, Ukraine’s deal and partnership with Europe angered Putin, who has been involved in an economic pressure campaign against Ukraine: cutting off the country’s energy supplies and blocking almost all imports from Ukraine. This reduced Ukraine’s exports by 25% and pushed the country’s economy into recession. The Kremlin has publicly threatened to default on Ukraine’s national debt if it proceeds with a trade deal with the EU. On November 21, Mr. Yanukovych succumbed to this pressure and suddenly changed his mind, announcing that he would not sign an association agreement with the EU, although he still supported Ukraine’s possible membership. of the EU. Instead, he will accept a package of Russian financial aid to meet the country’s debt obligations.

In the wake of his decision, protests erupted in Kiev’s Independence Square, or Maidan, which later became known as Euromaidan.Protesters tented out in the plaza, refusing to leave until Yanukovych signed the EU accord, released protestors in jail, liberalised Ukraine’s constitution, and retired from government. The police raid on the activists sparked additional protests across Western Ukraine. Violence escalated after Jan. 16, 2014, when Yanukovych signed into law a draconian series of restrictions on freedom of speech and assembly. Demonstrators occupied provincial administration buildings throughout Ukraine. The protests continued even after lawmakers repealed some of the measures.

By mid-February, seven police officers, at least 28 protesters, and a civilian bystander had been killed in increasingly violent clashes. Numerous other injuries were reported. As of Feb. 21, Yanukovych announced an agreement with the opposition, but he later left Kyiv. After leaving, Yanukovych said that his car was attacked. In the end, he allegedly fled to Russia with the assistance of the Russians after visiting Crimea.

He was formally removed from office the next day by the Ukrainian parliament. Months afterwards, the authorities issued an arrest order for him, charging him with “mass killings of people.” A Ukrainian courtroom would later condemn Yanukovych in pretrial detention to 13 years imprisonment for disloyalty in January 2019. He later expressed gratitude to Putin for “saving his life.”

Since his exile, Yanukovych has stated that he is still “the lawful head of the Ukrainian state, chosen in a democratic vote by Ukrainian citizens.” Putin now appears to be planning to reinstall him in power. 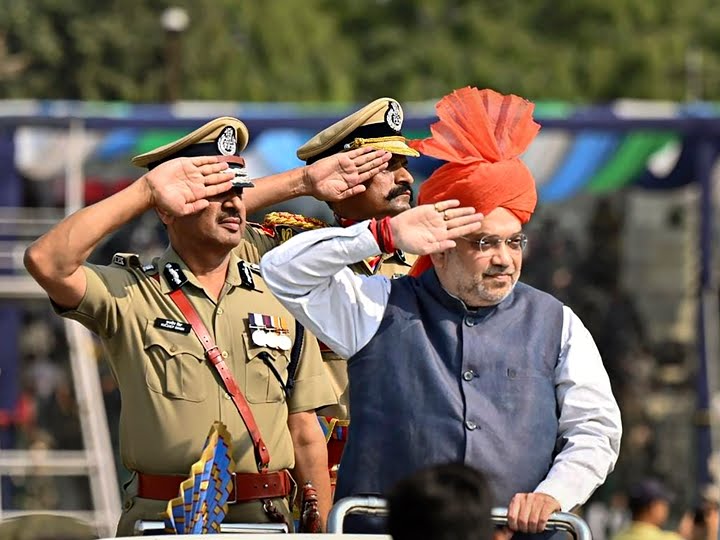 Home Minister Amit Shah attended as the Chief Guest of the 83rd CRPF Raising Day Parade on the 19th of March, 2022. It was for the first time that a Central Armed Police Force of India held its Raising Day Parade in the Union Territory of J&K. DG CRPF Kuldeep Singh (IPS) remained present among other higher officials during the parade.

The Home Minister praised and congratulated the CRPF Personnel and their families on their force’s raising day. He said, “Whenever the CRPF is called in to handle a difficult situation, people heave a sigh of relief knowing fully well that things would immediately be brought under control”. He also added about CRPF’s role in the abrogation of Article 370 and that CRPF leaves no stone unturned in order to maintain and ensure national security.

The Maulana Azad Stadium at the foothills of the Shivaliks witnessed the echo of solidarity and the roar of the success of the Central Armed Police Force, as the first one to march past was an “All Women Contingent” on the big day of the CRPF.

Raised originally as the Crown Representative Police on 27th July 1939, post-independence, the force was raised by the then Home Minister Sardar Vallabhbhai Patel and was renamed as Central Reserve Police Force by an Act of Parliament on December 28, 1949. This Act constituted CRPF as an armed force of the Union.

It started with saving Bhuj, Patiala and East Punjab and playing a huge role in the amalgamation of princely states in the Union of India in the 1950s to bearing the brunt of facing the first Chinese attack on India at Hot Springs, Ladakh on October 21st,1959. The martyrdom of 10 soldiers of the C.R.P.F. at Hot Springs on Oct 21st is celebrated as the Police Commemoration Day every year. CRPF with just the strength of about one company(135 soldiers) had faced and repelled the attack of a whole Pakistani Brigade (3000+ soldiers)at the Battle of Sardar Post,1965. Counter-Terrorism Operations in the J&K, Counter Insurgency Operations, Anti Naxal Operations, peacekeeping duties in India and even in the regions of Sri Lanka, Liberia and Kosovo or whether it is assisting the Election Commission of India in conducting free and fair elections be it general or assembly. You name it and CRPF does that form of duty to safeguard India.

It is the largest Paramilitary Force in the world with a strength of 350,000+ serving personnel and 246 Battalions. From Kashmir to Kanyakumari and from Arunachal Pradesh to Kutch the CRPF is an omnipotent and omnipresent force. It played a huge role in the Red Corridor of India against the LWE and hence re-establishing the development of Chattisgarh and Jharkhand. It has its own Elite Commando Force called the Commando Battalions for Resolute Action a.k.a. COBRA, which is a specialized force raised for special guerrilla or Jungle Warfare type operations. It also has a special wing called Rapid Action Force (R.A.F.) which specializes in the Riot and Crowd Control Situations. CRPF personnel also serve on deputations in the elite forces/organisations like SPG, R&AW, IB, NSG, NIA, CBI among others.

C.R.P.F.: One of the Most Gallant Forces of India

The CRPF has been serving India now for 83 years and it has achieved tremendous success and has shown indomitable courage in discharging its duties. This very famed and battle-hardened CAPF has bagged as many as 2309 Gallantry Awards for its service to the motherland, some of those are:

How could the youth join the CRPF?

4. Through other notified and advertised vacancies by the CRPF. 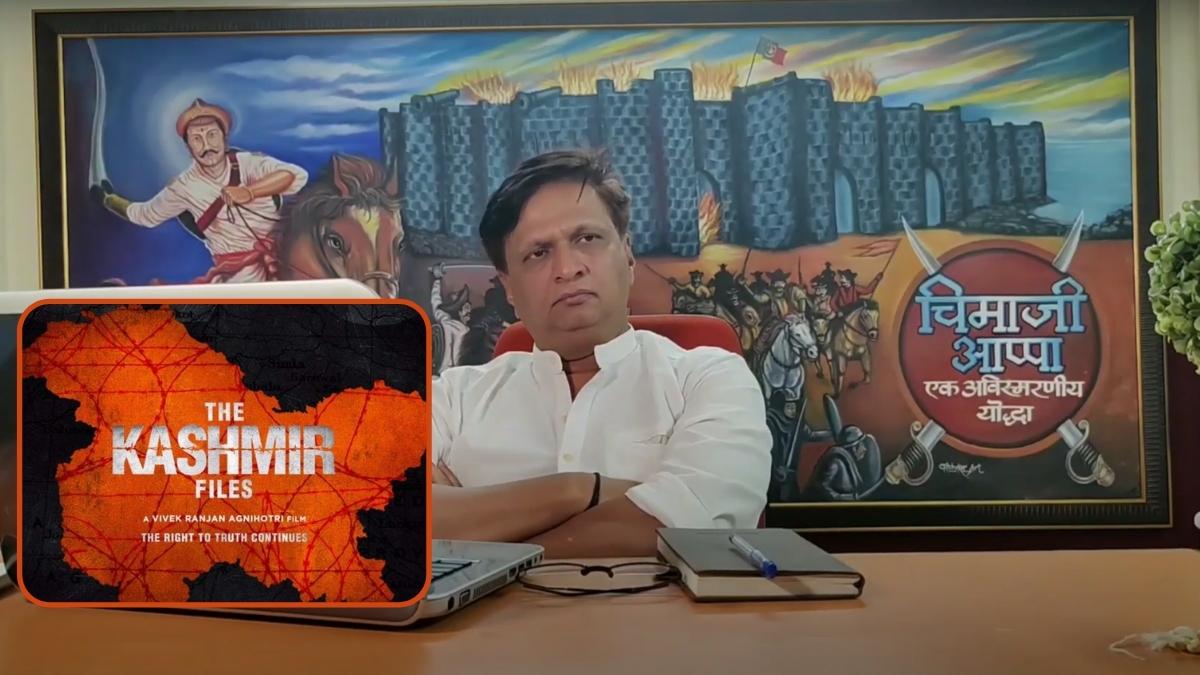