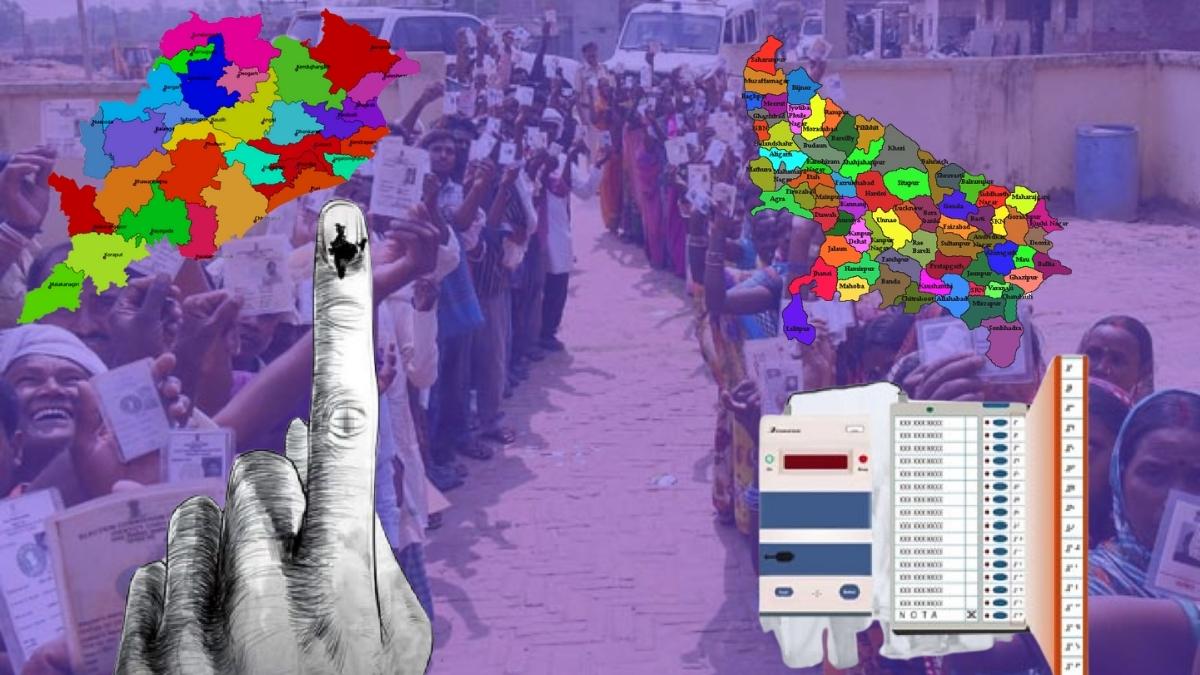 UP election 5th phase: 61 Assembly seats up for a fight

Tomorrow UP will go to the polls in the 5th phase of its Assembly elections, covering 61 constituencies, mainly located in the eastern part of the state, over 61 seats across 12 districts, the main constituencies include Pratapgarh, Prayagraj, Ayodhya,  Amethi,  Chitrakoot Rae Bareli, Gonda, and Sultanpur.

The campaign for the fifth phase ended at 6 pm on Friday, State’s Chief Election Officer Ajay Kumar Shukla said.
The voting will start at 7 am and end at 6 pm and the remaining two phases will take place on March 3 and March 7 while the counting of votes will be held on March 10.

State Election Commission (SEC) officials said counting for 315 Zilla Parishad Zone seats began at 8 a.m. on Saturday under strict compliance with COVID-19 guidelines. Trends are currently available for 299 Zilla Parishad seats with BJD leading in 249 seats, BJP in 32, and Congress in 13, they said.

As per early trends in Odisha Panchayat polls, the ruling Biju Janata Dal was leading in 249 Zilla Parishad Zone seats, while BJP candidates were leading in 30 and the Congress in 13, election officials said. Meanwhile, the counting of votes for 315 Zilla Parishad Zone seats began on Saturday at 8 am in various block headquarters under strict compliance with COVID-19 guidelines, election officials said.

According to Sahu, the counting is done strictly following COVID-19 guidelines, and CCTV cameras are installed in counting halls. Each counting table has one counting supervisor, two counting assistants, and one fourth class employee…

After the ballot papers have been sorted by colour, the 50 bundles of ballot papers are being counted. It was reported that 2.2 lakh candidates contested the elections, but 36,523 ward members, 126 sarpanches, 326 panchayat members, and one Zilla Parishad member were declared uncontested winners by the SEC.