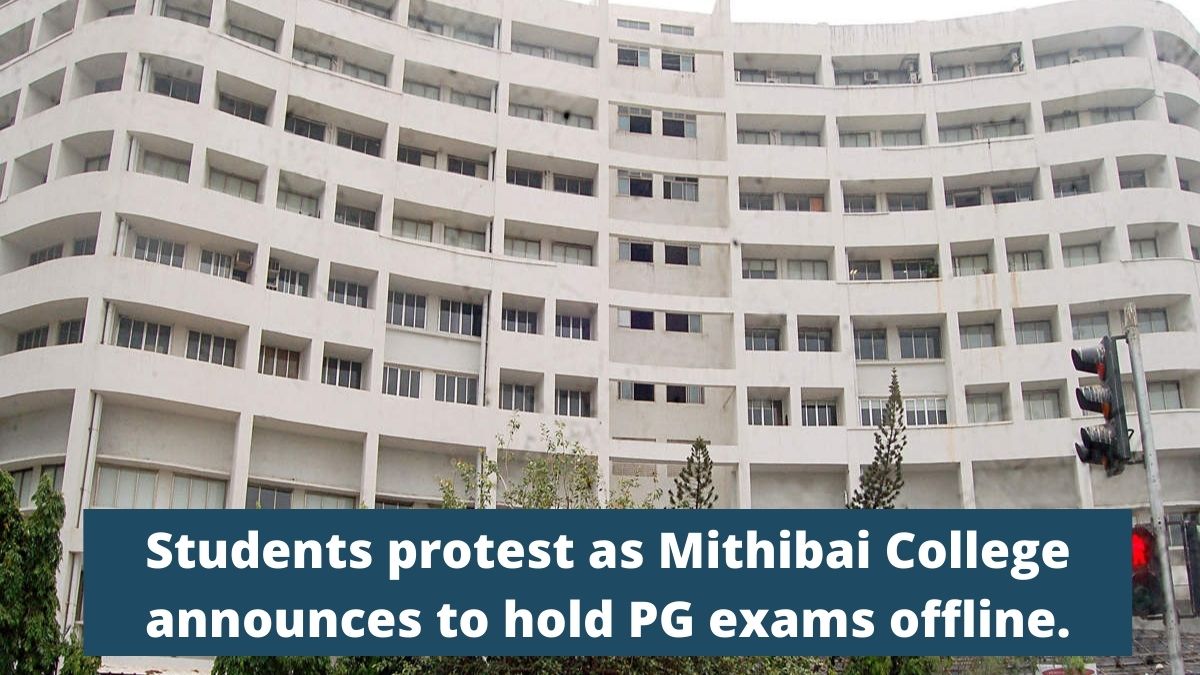 Amidst the growing cases of COVID in Mumbai, Mithibai College of Vile Parle has announced that PG exams will be held offline between January 4th to January 13th. This has led to protests by the students raising concern over their health. The decision came out in October but as the number of cases were less, the students had no objection. Since December, Mumbai has seen a rise in the COVID cases which led to protests by the students of Mithibai College. Meanwhile, the exams for Under Graduate students are being held online.

One of the PG students from Mithibai remarked, “We are requesting the college authorities to conduct online exams in light of their students’ well-being. With the rising threat to not just us students but also the threat our families will be exposed to due to continuous contact with us while we are traveling to give the exams via public transport.” One of the students communicated, “We also conducted an online meeting with the principal regarding this concern. Our classmate’s family has been tested positive already.”

Students have written a letter to the Editor-in-Chief of Mumbai Uncensored, Mr. Siddhant Mohite, for voicing the demands of the students. Mumbai Uncensored extends full support to students as, during these testing times when Mumbai is clocking close to 12,000 covid cases, the decision to hold exams completely overlooks the current situation and the demands of the students. “If the college does not cancel or postpone the exams, Mumbai Uncensored will take this issue up with the Education Ministry of the Maharashtra Government.”, said Siddhant Mohite. 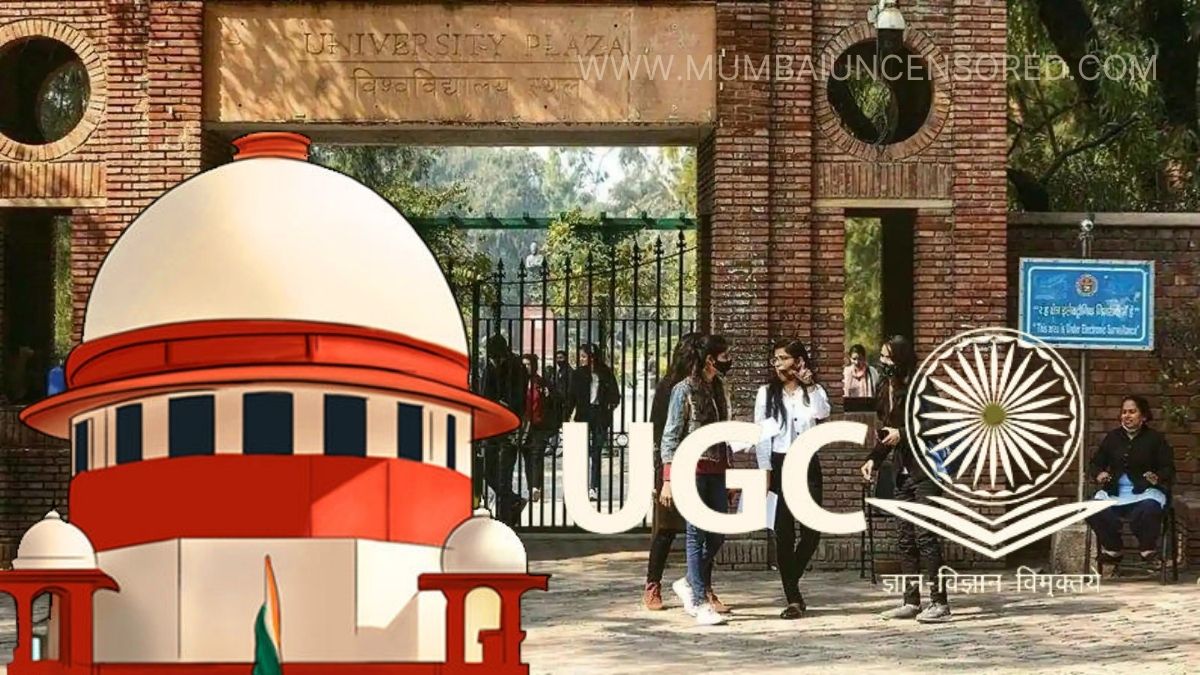 The Supreme Court on Monday directed the University Grants Commission to ensure that guidelines for the ease of access to students with disabilities in universities and colleges across the country are formulated in eight weeks.

A bench of Justices D Y Chandrachud and A S Bopanna noted the submission of the UGC’s counsel that a committee has been constituted following a direction of the court. It would look into formulation of guidelines for accessibility of students with disabilities in universities and colleges. The Bench was hearing a Miscellaneous Application arising out of the Apex Court’s judgement dated 15.12.2017 – in Disabled Rights Group & Another v Union of India wherein the Court had accepted the suggestions by the petitioner that educational institutions must ensure proper infrastructure in including special classrooms, sports facilities, libraries, laboratories, teaching methods, recreational facilities etc.

Advocate Manoj Ranjan Sinha, appearing for the UGC, said at the outset that an updated status report has been filed and it would take another eight weeks to frame the guidelines given the current Covid situation. The bench then posted the matter for further hearing on March 14. In 2017, the top court had said that for “Guidelines for Accessibility for Students with Disabilities in Universities/Colleges”, the UGC shall consider the feasibility of constituting a committee.

It added that the committee shall also lay down the time limit within which such suggestions could be implemented. The expert committee may also consider the feasibility of constituting an in-house body in each educational institution (of teachers, staff, students and parents) for taking care of the day to day needs of differently abled persons as well as for implementation of the schemes devised by it.

Requesting UGC “to be proactive”, the Court directed UGC to ensure that guidelines are finalised before the next date of hearing. The Court further directed that a status report on the inspections made and the guidelines be made available to all stakeholders and uploaded on the website of the UGC. 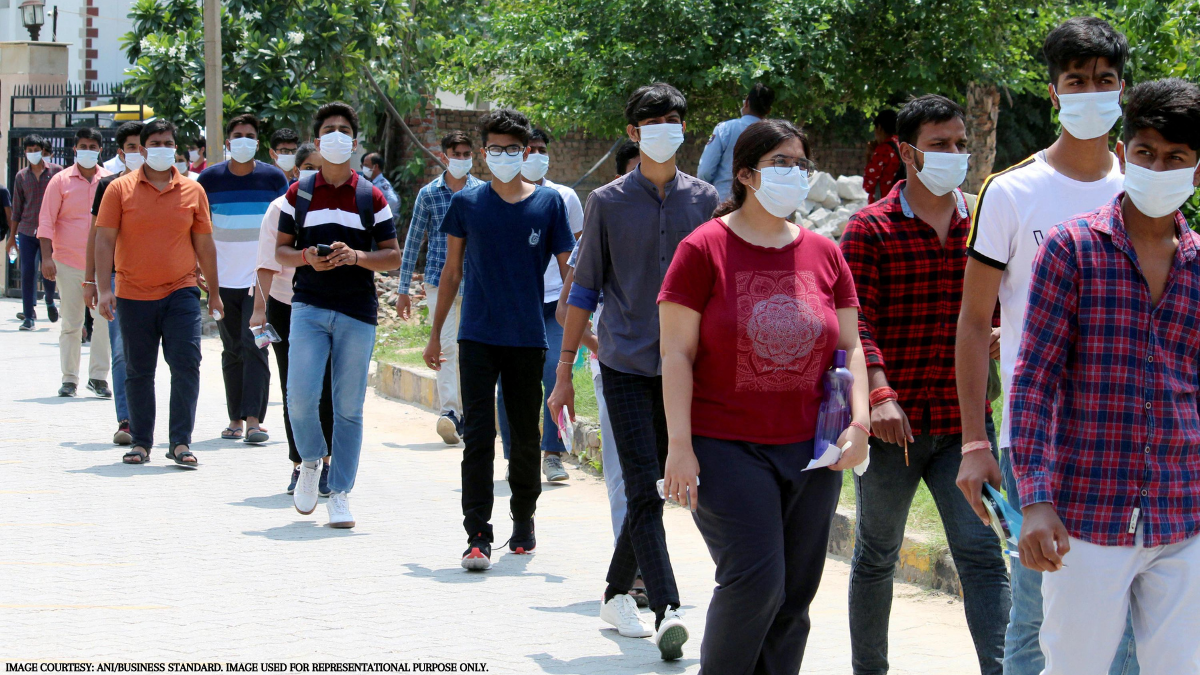 Amidst the current spike of covid cases, Mumbai logged 10,086 fresh cases on Tuesday, NM college is adamant in conducting exams in the physical mode for Postgraduate students from the 10th of January, 2022. The entire course was conducted seamlessly in the online mode but now suddenly the college wants to conduct the exams in the physical mode. Students are in a very troublesome situation as a good number of students are outstation students i.e. from other states and their parents are scared to send their children for the offline exams considering the current situation of covid in the City of Mumbai. The students tried to communicate the same to the relevant authorities but got no assurance.

Students are facing a situation of uncertainty as the current spike seems to not end soon and if the Maharashtra Government imposes a lockdown during the period of their examination then the students who come from outstations would be stuck in the city due to the restrictions. Mr. Siddhant Mohite, founder & editor-in-Chief of Mumbai Uncensored received several messages from the students who were communicating their plight of the said decision to hold a physical examination. Mumbai Uncensored stands in full support of the students and opposes the said decision to hold physical examinations for the PG students.

“We have written a letter to Mr. Uday Samant, Minister for Higher and Technical Education, regarding the offline examination issues, and we have demanded online examinations for the safety of students. NM & Mithibai College is run by SVKM. On 4th January, SVKM’s Mithibai College conducted a physical exam. We have received hundreds of messages saying ‘several students have fallen sick after attending the examination, parents and faculty have also been tested positive’. After hearing the health problems of Mithibai Students, now NM College students, parents, and faculties have started messaging us requesting help regarding raising voice demanding online exams”, said Siddhant Mohite, Founder & Editor in Chief of Mumbai Uncensored.

Mr. Uday Samant, Higher and Technical Education Minister of Maharashtra tweeted “A meeting was held on 4th Jan with all the Divisional Commissioners, all the District Collectors, and all the Vice-Chancellors regarding the covid situation of all districts of the state. A decision regarding the safety of students, staff and parents will be taken on 5th Jan 2022 at 4 pm.”

Being a responsible media organization, Mumbai Uncensored has promised its readers to voice their demands till they get justice. 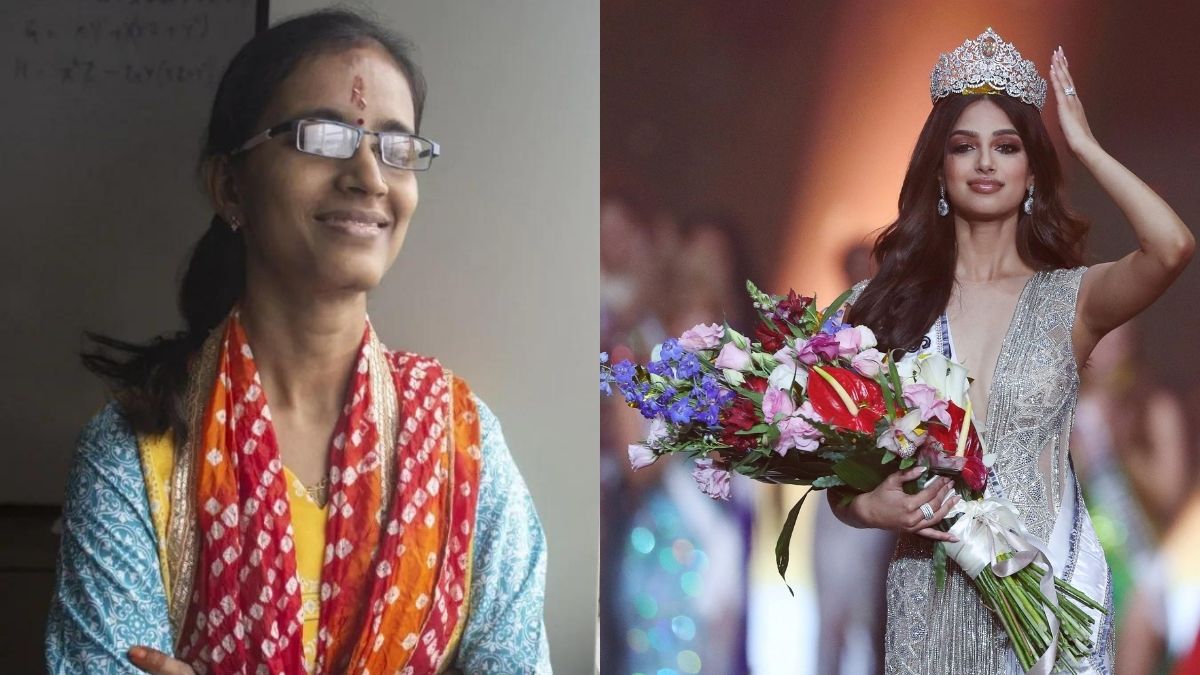 Professor Neena Gupta, a mathematician at the Indian Statistical Institute (ISI) in Kolkata was awarded the ‘Ramanujan Prize for Young Mathematicians from Developing Countries 2021’ for her outstanding work in affine algebraic geometry and commutative algebra.

Neena studied at Khalsa High School in Dunlop, Kolkata. She studied Bachelor of Science in Mathematics at Bethune College, Kolkata. Later, she completed her masters and Ph.D. in mathematics from the Indian Statistical Institute, Kolkata, where she works as a professor now.

Neena said, “ISI Kolkata is one of the premier institutes for anyone who is interested in pursuing statistics and mathematics for higher education. The course structure, faculty, and the environment of the institute is the reason why its alumni are highly successful in their fields.”

Neena Gupta has been recognized for her commendable work in commutative algebra and affine algebraic geometry, especially for solving Zariski’s Cancellation Problem. It is a fundamental problem in algebraic geometry. It becomes imperative to add here that though, the media is celebrating the success of Ms. Harnaaz Sandhu. who’s won the prestigious miss universe pageant, but an equal, rather much more importance should be given to the contribution of Ms. Neena Gupta in mathematics and making India proud.

When asked about her future plans, Neena said that this is not the end; instead, it is the beginning. She said that there are many unsolved problems in the world of mathematics. “I need to teach my students and learn from them. One needs to keep learning; there is no end to it,” said Gupta.

In 2014, professor Neena Gupta had received the ‘ Young Scientist’ award from the Indian National Science Academy.

In 2019 she became one of the youngest persons to receive the ‘ Shanti Swarup Bhatnagar prize ‘.