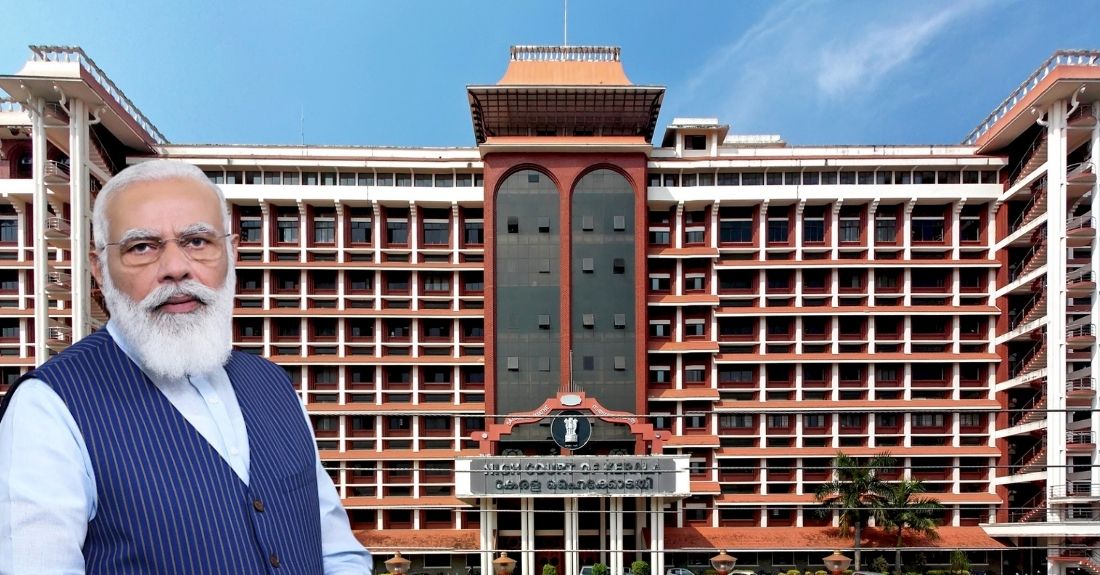 The single-judge bench of Hon’ble Kerala High Court dismissed a petition seeking removal of PM Modi’s photograph from the vaccination certificate. The name of the case is [Peter Myaliparampil vs Union of India]. The hon’ble court not only dismissed the petition, but also imposed a cost of Rs.1 lakh on the petitioner Peter Myaliparampil stating that, the petition is frivolous and is filed with ulterior motives.

The single judge remarked, “According to my opinion this is a frivolous petition filed with ulterior motives. there seems to be political motives and deserves to be dismissed with heavy cost. Plea dismissed with costs of Rs.1 lakh,”   “I know this is a heavy cost but we must prevent such frivolous petitions,” the judge added. What is important here, is to add that, thousands of matters are pending before the court regarding liberty of citizens, but petitions of this kind not only waste the judicial time but also are filed seeking publicity.

The single-judge presiding over this case was Justice PV Kunhikrishnan, who was hearing a plea filed by RTI activist claiming to have received paid vaccine from a private hospital, thereafter, he received the vaccination certificate which had the photo of PM Modi. The petitioner claimed that the said practise of publishing PM’s photo on the certificate is a media campaign.

The court, on the previous hearing on 13th December remarked, “What is the problem if Prime Minister Modi’s name is there on the vaccine certificate? You work at an Institute named after Jawaharlal Nehru, he is also a Prime Minister. Why not ask the university to remove that name also“.

The judge further remarked, “According to me, it is the duty of citizens to respect the Prime Minister of India…they can differ on the policies of the government and even the political stand of the Prime Minister…But the citizen need not be ashamed to carry a vaccination certificate with the photograph of the Prime Minister with a morale boosting message, especially in this pandemic situation,” said Justice Kunhikrishnan.

The petitioner referred the guidelines laid down by the Hon’ble Supreme Court, in (Common Cause v. Union of India) these guidelines were laid down on campaigns which used public money, it was pointed out that no one from the government including the PM can be credited for the launch of any public welfare scheme or initiative or be celebrated for achievements through any policy of the state. The Union of India, argued, the petition is not maintainable as, there is no mention regarding violation of any constitutional right. Furthermore, the counsel for the Union of India submitted, that the petitioner had paid only for the vaccine and not for the vaccination certificate.

The Home ministry grants citizenship to 3,117 religious minorities in the past 4 years.

The alarming state of BMC’s Marathi medium schools in Mumbai.