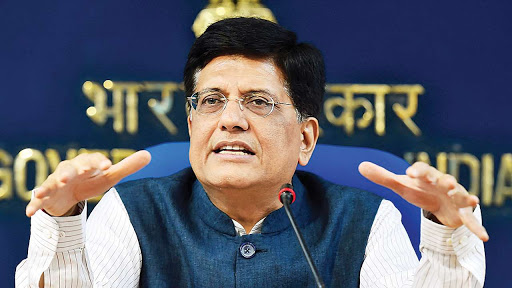 Ancient railways are the lifeline to a nation. It all started in 1853 with 33km covered by three locomotives pulling 14 carriages around 400 guests which grew into the largest passenger railway system, carrying 23 million passengers and 3 million tons of freight everyday across 66,000km and more than 8000 stations.

The norm of Indian railways is to increase the intermodal share of railways from 36% to 45% by 2030. As a part of the multi-pronged low carbon growth strategy, Indian railways decided to set up dedicated freight corridors. The aim of dedicated freight corridors is to reduce the unit costs of transportation by increasing the carrying capacities of trains by moving them at faster speeds, thereby increasing the overall efficiency of railways in the country and bringing down Co2 emission by more than 450. Over a 30 years’ period of operating just the eastern and western dedicated freight corridors in general is embarking on capacity augmentation and network expansion by adding 26,000 km of double line and 400-500km of new lines every year for the next 15 years. Also, 25,000km of electrification is planned during this period. It also added 11,500 high horsepower energy efficient locomotives in the next 15 years to induct more light weight stainless steel couches.

The number of commuter suburban trains with the regenerative already operational in Mumbai will lead to reduction in co2 emission, and introduce commodity specific freight wagons of new design with higher axial load to enhance the average speed of freight trains and also increase average speed carrying capacity.

According to an independent study, freight trains on an average are 10 to 12 times more fuel efficient than trucks. Greenhouse gas emission is directly related to fuel consumption. So, moving freight by rail instead of truck reduces greenhouse gas by 90%.

Moreover, Konkan railways through its solar power plants generates excess energy, which is given to the state’s electricity board, pitching an additional credit income of more than 7 lakhs per annum. It has developed LED lights sitting 24 watts, suitable for tunnels, spanning over 78.162km covering all the 66 lighted tunnels. This has resulted in better visibility and safety of passengers.

World’s summit in sustainable development was held in 2002 for conservation and reviewed progress in the implementation of agenda 21 since its adoption in 1922.

The Paris agreement is an agreement within the United Nations framework convention on climate change dealing with the greenhouse gas emissions mitigation, adaptation and finance starting in the year 2020. It was opened for signatures on 22 April 2016 at a ceremony in New York. The Paris agreement has a bottom-up structure in contrast to most international environmental law treaties which are top bottom characterised to implement. The emission reduction will be made in order to hold the increase in the global average temperature to below 2 degrees by reducing emission to 40 giga tones. The agreement stated that it would enter into force only if 55 countries produce at least 55% of the world’s greenhouse gas emissions.

Recently the minister of railways Piyush Goyal stated “Indian railways by December 2030 in the next 7 years thereafter will move to using only renewable energy. We will convert all our systems so that our dependence on coal-based power will be brought to near zero and we will become a net zero railway the first in the world by 2030 which have significant impact towards sustainability.’’

Is sexism in Indian politics getting bad to worse?