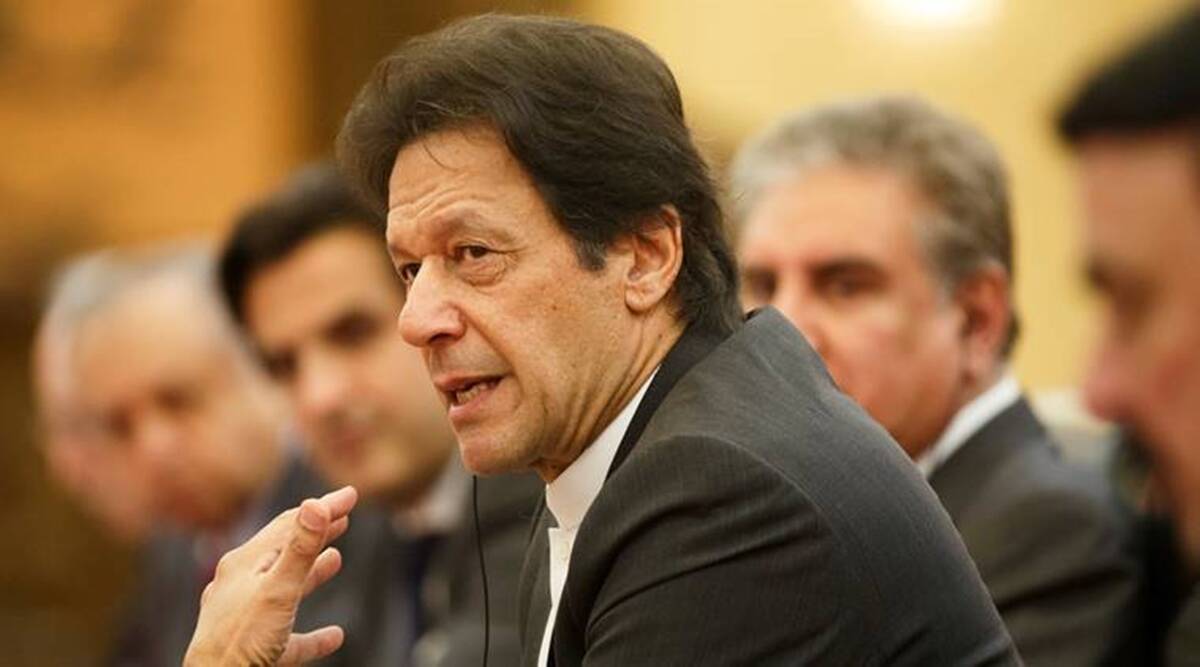 Agni Prime: Testing to happen towards the end of June

Oil leases in Alaska’s Arctic refuge will be suspended, according to US President Joe Biden.

The Philippines to acquire $375 million deal to buy BrahMos 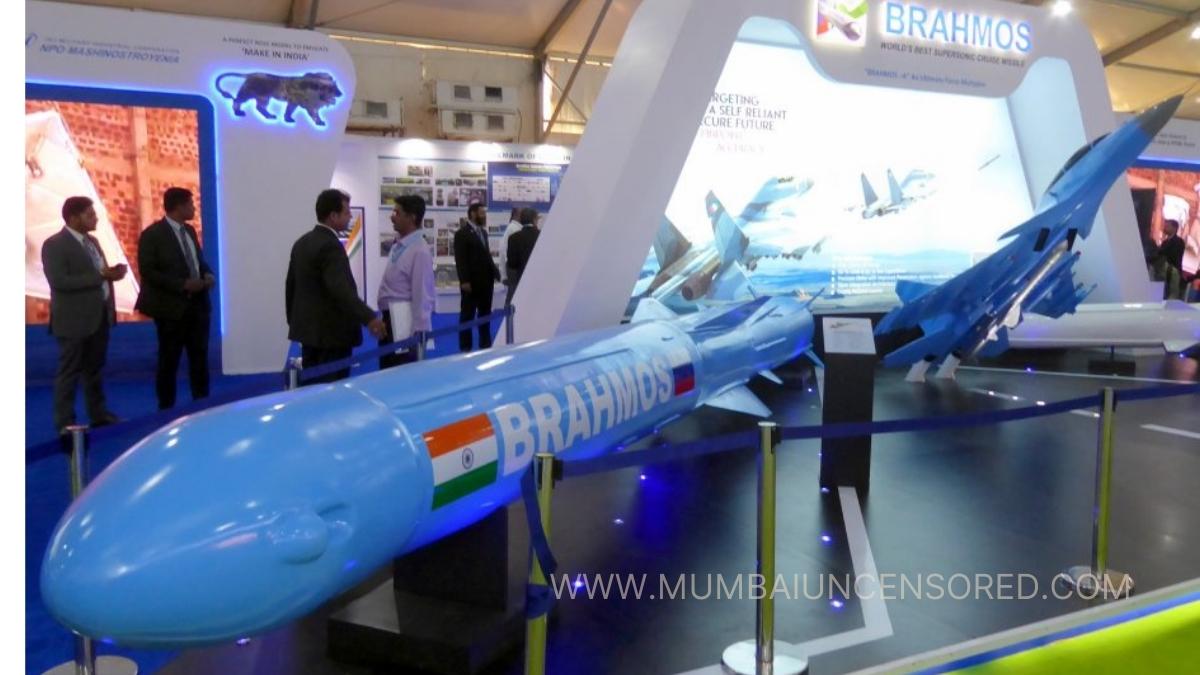 The Philippines confirms on Friday that they will be acquiring 3 Batteries of the BrahMos cruise missile, which was developed both by Russia and India. The deal is worth a $375 Million, it is viewed as a development which can boost India’s efforts to becoming a major exporter of Defence Hardware. The Philippine Defence secretary Mr Delfin Lorenzana has recently signed the “Notice of Award” which is the acceptance of this proposal for supplying this missile. It will be supplied for the Philippine Navy’s shore based anti-ship missile acquisition project.

The Government of India has negotiated to the delivery of 3 batteries, training for operators, maintainers and necessary Integrated Logistics Support package as mentioned in Mr Delfin Lorenzana’s Facebook post. The BrahMos dela was conceptualized as of 2017, the Philippine President’s office approved in the Horizon 2 Priority Projects in 2020 for inclusion. This is the first ever contract to export a 290km range BrahMos missiles, such a deal will also lead a way for more such deals from other ASEAN (Association of Southeast Asian Nations) members such as Vietnam and Indonesia.

This deal also saw a strategical backdrop of China’s expansionism and strong arm-tactics with other nations in the South China Sea. This contract is for the Navy for the purpose of coastal defence, another contract expected can be for their military and similar talks continue for exporting BrahMos missiles to Indonesia is at an advanced stage.

Other countries have also shown their interest in acquiring the BrahMos Missile, it can be viewed on emerging as the precision strike weapon of choice. Countries such as UAE, Saudi Arabia and South Africa have shown their interests. India plans to sell the indigenously developed, Akash Missile systems which can interpret helicopters, drones, subsonic cruise missile and hostile aircrafts at the range of 25km to countries such as Kenya, Bahrain, Saudi Arabia, UAE, Vietnam, Philippines, Indonesia, and Algeria. The BrahMos missile have been deployed in eastern Ladakh and Arunachal Pradesh during an on-going military confrontation with China, its being extended from 290km originally to 350/400km.

The Indian armed forces have placed orders of Rs.36000 crore for the BrahMos missile over years, the Army has 4 BrahMos regiments as of now and another one has been added. The Navy on the other hand has equipped 11 of its frontline warships, which includes destroyer INS Vishakhapatnam with the BrahMos vertical launch systems. THE IAF includes 2 land-based BrahMos squadrons, with a sleeker air launched version which progressively fits on the Sukhoi-30MKI fighter jets.

One of the potential areas to use BrahMos by the Philippines is South China Sea. The Permanent Act of Arbitration in Hague ruled that specific portion of the south China Sea has been claimed by China and Philippines which belonged to Philippines alone in 2016. China rejects this and continues to send their vessels into the disputed water. Former Indian Navy Chief, Admiral Arun Prakash says it was a long- delayed decision, this can alter the Indo-China strategic equation. By such deals India is helping to bolster their security and also give China a taste of their medicine. We are awaiting such confirmations form Vietnam and Indonesia. 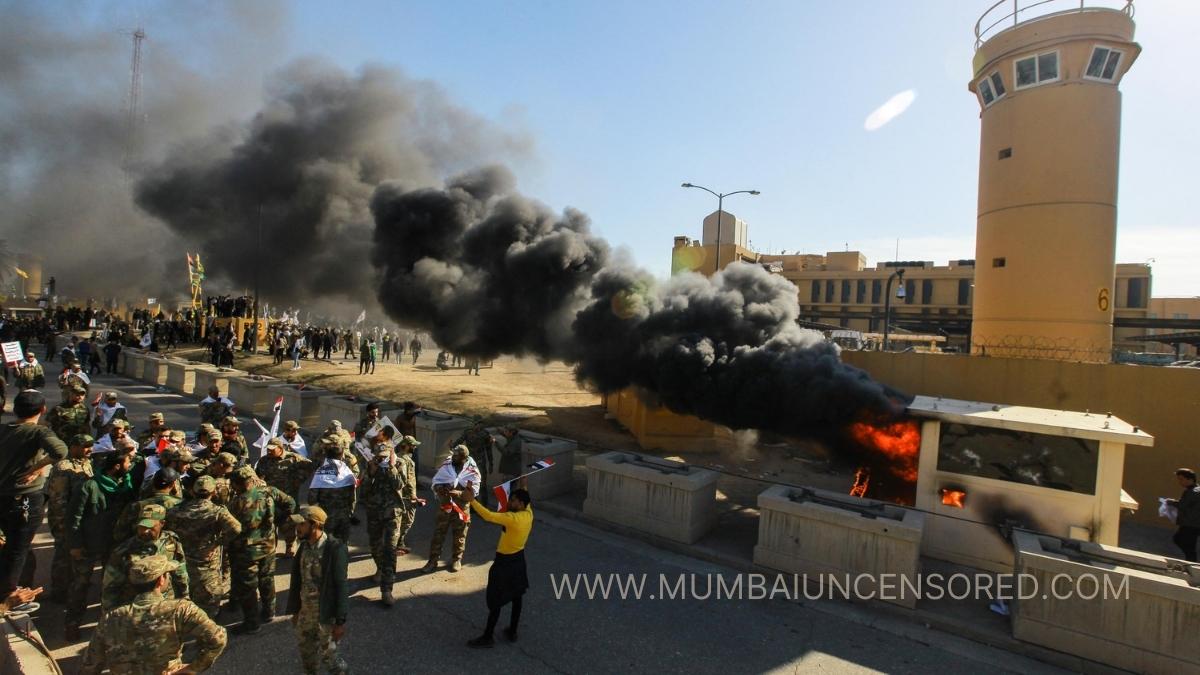 The embassy is located in the ultra-secure Green Zone of Baghdad, which also houses parliament and other government offices.

Three of the missiles struck within the perimeter of the American Embassy, the officials said. Another hit a school located in a nearby residential complex.

An Iraqi military statement said a young girl, a young boy and a woman were injured in the attack. The statement also said the rockets had been launched from the Dora neighbourhood of Baghdad.

Witnesses said they heard the embassy’s C-RAM defense system that detects and destroys incoming rockets, artillery and mortar shells— during the attack.

The latest attack comes as Iraq is once again caught in a political web. It came as Iraq’s Federal Supreme Court on Thursday, suspended the newly-appointed speaker of parliament Mohammed al-Halbussi, after two fellow deputies lodged a complaint claiming his re-election was unconstitutional.

The US embassy condemned the attack in a statement on Facebook, attributing it to “terrorist groups attempting to undermine Iraq’s security, sovereignty, and international relations”. No group has claimed the attack yet.

In recent months, dozens of rocket assaults or drone bomb attacks have targeted American troops and interests in Iraq, following the second anniversary of the US strike that killed Iranian Gen. Qassim Soleimani and Iraqi militia commander Abu Mahdi al-Muhandis.

Last Thursday (January 5, 2022), a series of attacks targeted American troops in Iraq and Syria. Rockets struck an Iraqi military base hosting US troops in western Anbar province and the capital.

In November, the Iraqi Prime Minister Mustafa al-Kadhemi escaped in an unknown drone bomb attack which targeted his official residence in the Green Zone.

The Green Zone was targeted by two rockets on December 19, 2021, but one was shot down by C-RAM defence batteries and the other fell in a square near the US embassy, damaging two vehicles. 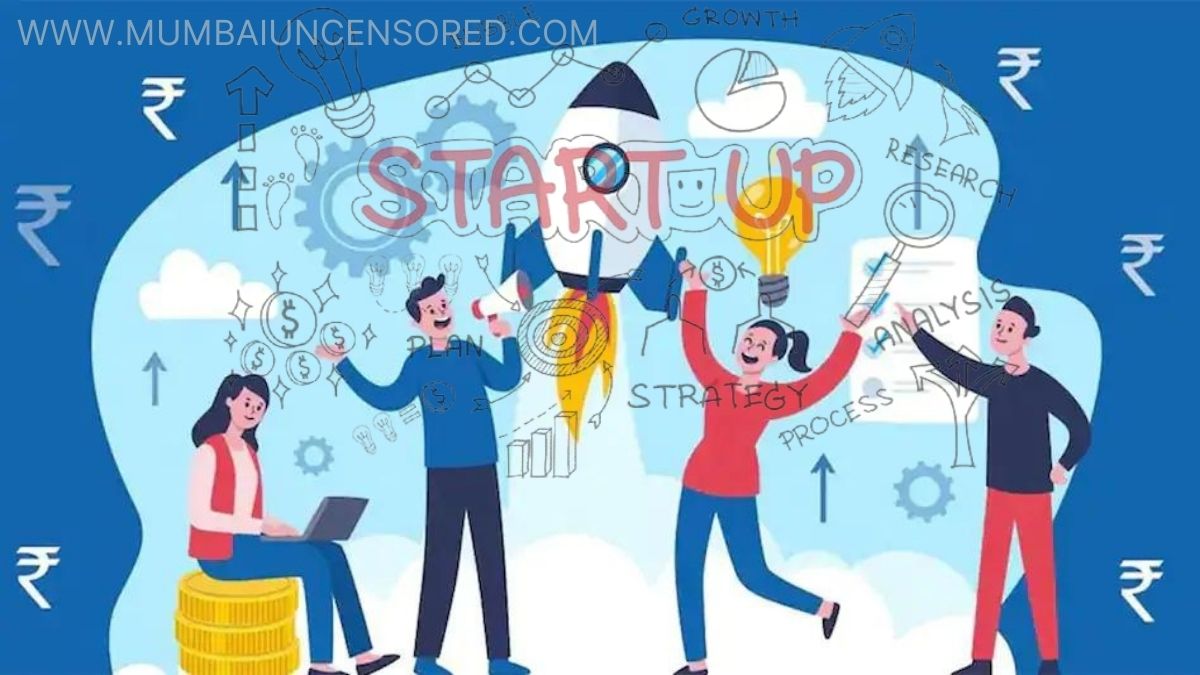 India is the third largest unicorn hub with 90 unicorns, USA being first with 487 and China second with 301.

A report from the Orios Venture Partners says that Indian Startups have grown from $11.5 billion to $42 billion in 2021. ‘The Indian Tech Unicorn Report 2021’ was the report titled which says that India saw 46 unicorns, companies with $1 billion worth in 2021. It doubled to 90 unicorns.

According to the repot, they included Cred, Meesho, ShareChat, MPL, Grofers which is not Blinkit, Nazara, Spinny, Mamaearth, upGrad, GlobalBees, Acko, and others included. With around 6,00,00 startups, India is the third largest startup ecosystem in the world. These starts generate employment on a larger scale and also develop innovative technologies and solutions. One out of the 13 startups were born in India.

As per reports, Bengaluru is the city with maximum unicorns. E-commerce, Flipkart and Software as a Service (SaaS) have the maximum number of unicorns while Crypto, Gaming, D2C, ed-tech, health-tech have been closed. Delhi being the next with 29 and Mumbai with 16. Also emerging startup-based cities in India are Pune, Jaipur, Hyderabad, and Chennai.

The report also says that India has 4 decacorns, companies with less than $10 billion and above value such as Flipkart, Byju’s, Oyo Rooms and Paytm. 2021 has setup a landmark year for Indian startups. In total 11 startups, out of which 8 are unicorns, raised around $7.16 billion with public offerings. One96 Communication, Paytm, raised India’s largest ever IPO of Rs.18,300 crore which is about $2.46 billion. Zomato has the highest market capitalization of $14.8 billion, followed by Nykaa with $13.5 billion and Freshworks with $6.9 billion the report further adds.

It had been an exciting, tremendous and promising year for tech startups due to the economic turndown in the first half. According to the measuring scale for the ecosystem, the report clears that validation of value creation has been achieved for both IPO and unicorns through technological innovation, Mr Rehan Yar Khan, Managing Partner says at Orios Venture Partners.

The report also notes 20% of the Unicorn Founders are non-engineers, 2/3rd of the Indian unicorns has been founders of one or more IIMs, ISB and IITs. Also highlighted, that about 13 of the Unicorn founders are female, out of which 8 have been featured in 2021: Falguni Nayar- Nykaa, Gazal Kalra- Rivigo, Ruchi Kalra- OfBusiness, Divya Gokulnath- Byju’s, Ghazal Alagh- MamaEarth, and Saritha Katikaneni- Zenoti and others.