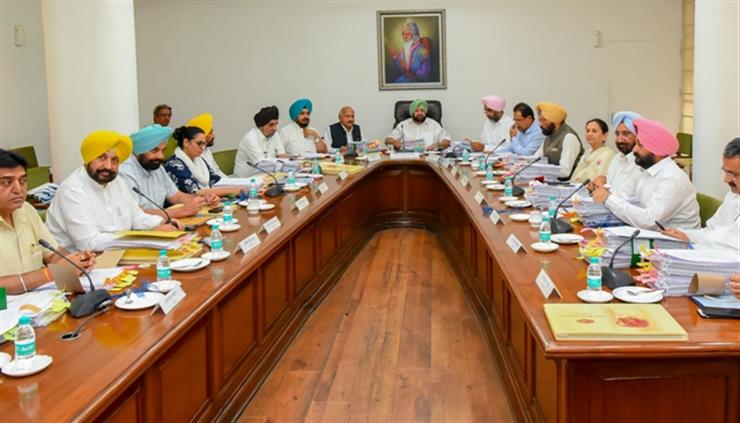 Nicole Ryall, Mumbai Uncensored, 22nd June 2021:
Despite the fact that the Punjab Congress is still in disarray, five Cabinet ministers have expressed their strong opposition to Punjab Chief Minister Captain Amarinder Singh’s plan to change the regulations to give Government jobs to children of party MLAs. Ministers Sukhjinder Randhawa, Sukhbinder Sarkaria, Charanjit Channi, Tript Rajinder Bajwa, and Razia Sultana spoke out against the CM’s decision during a cabinet meeting held on Friday.

The ministers questioned the selection of the children of party MLAs and the extraordinary relaxation allowed to accommodate them, according to a source quoted by the Times of India. In reference to  the sons of legislators Fateh Jung Bajwa and Rakesh Pandey being appointed as Inspector and Naib Tehsildar, respectively, through flouting of rules.

Despite significant opposition from his ministers, Punjab CM Captain Amarinder Singh prevailed and put the children of the party’s MLAs to government positions. The Punjab cabinet has approved the appointment of Arjun Partap Singh as Punjab Police Inspector (Group B) and Bhisham Pandey as Naib Tehsildar (Group B) in the revenue department. He reportedly told the angry ministers that if they were upset with the appointment, they should go to court. CM Captain Amarinder Singh is said to have defended his decision by pointing out that employment was also granted to meritorious athletes and ex-servicemen.

The ministers opposed arbitrary “picking and choosing” for political reasons and requested that the state government instead develop a programme for such appointments. According to the ministers, such nominations establish a bad precedent. “What kind of message is this sending to the state’s youth?” The public already has a negative impression of the Congress party. Such appointments exacerbate the public’s dissatisfaction. It will hurt the party’s chances in the future elections even more,” a minister said.

Both MLAs had lost their fathers as a result of terrorist strikes. Satnam Singh Bajwa, Fateh’s father, was killed in a terrorist strike in Amritsar in 1987. Pandey’s father, Joginderpal Pandey, was assassinated in Ludhiana by terrorists in 1987.

The selection of Bajwa’s son, Arjun Partap Bajwa, was particularly unpopular among the opposing ministers. They discussed the content of the 1987 FIR and if it contradicted the proposal. They also called attention to four important concessions made in the case to accommodate the MLA’s son. There were also concerns about the relaxations being given after 33 years because the applicants came from wealthy families and the inspector was not appointed from the ‘D’ class of employees.

Fateh Jung Bajwa went out in support of the Punjab Chief Minister shortly after his son was appointed as Inspector. Bajwa is the younger brother of Rajya Sabha Member of Parliament Pratap Singh Bajwa, who has formed a coalition to oppose the Punjab Congress. Rakesh Pandey, on the other hand, has allied with the rebels and pledged his assistance to them. The appointment is considered as an attempt to attract the leaders while undermining the breakaway faction in political circles.

After former CM Beant Singh’s grandson was appointed as DSP in Punjab Police, applications for government posts flooded in

The applications for government posts were received shortly after the Punjab government named former Chief Minister Beant Singh’s grandson as DSP in the Punjab Police on compassionate grounds in 2017, according to sources. The Punjab government was chastised at the time for establishing a VIP culture in the state by appointing relatives of ministers and MLAs to high-ranking positions while ignoring qualified candidates.

Sayali Kulkarni on helping the community in the fight against COVID