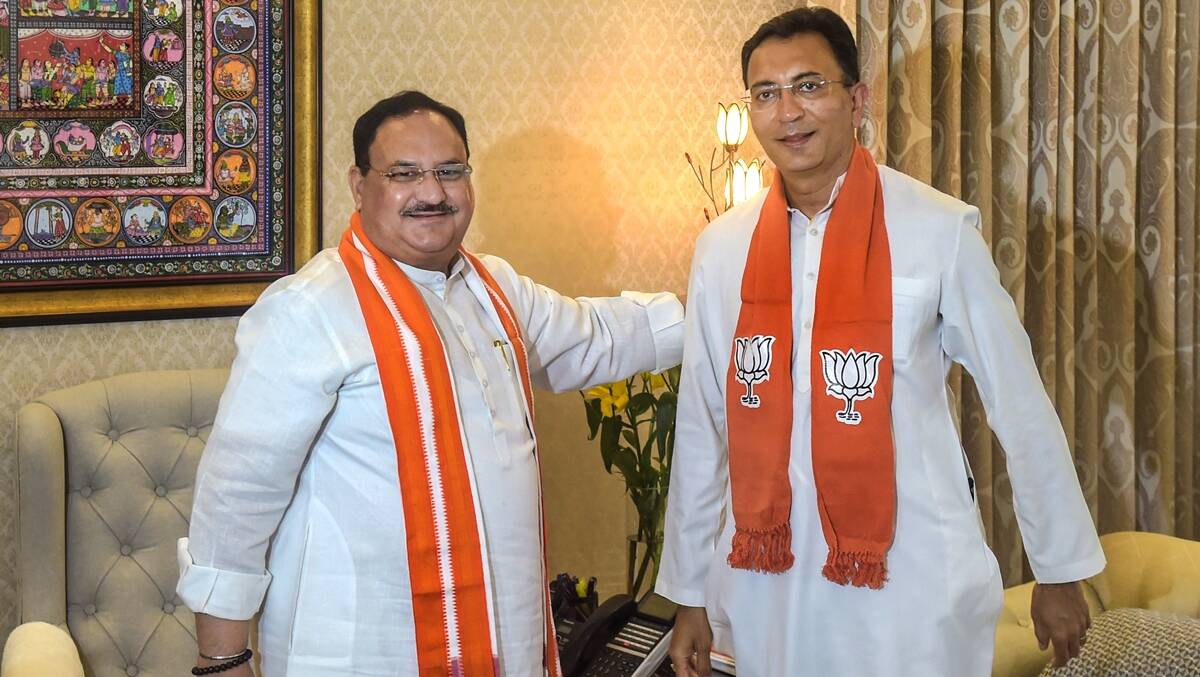 Former Union minister Jitin Prasada joined the BJP on Wednesday, dealing a severe blow to the Congress ahead of the Uttar Pradesh Assembly election next year. Before officially joining the saffron party in Delhi, he met with Union ministers Amit Shah and Piyush Goyal. He also visited JP Nadda, the party’s president, at his home.

Following Jyotiraditya Scindia’s desertion from the Congress in 2020, which resulted in the fall of the Kamal Nath administration in Madhya Pradesh, this is the second high-profile withdrawal of close aides to Congress leader Rahul Gandhi. Scindia, like Prasada, had joined the BJP.

“BJP is the only legitimate political party,” Prasada stated after joining the saffron party. “It is the country’s only political party. The rest of the parties are regional. Only the BJP and Prime Minister Narendra Modi are capable of tackling the country’s current challenges.”

Prasada, in particular, was dissatisfied with the Congress’s operation. Last year, he was one of 23 leaders who wrote to Congress interim president Sonia Gandhi, demanding substantial reforms and a reorganisation of the party’s operations. In Congress, though, nothing changed.

Despite his opposition, he was appointed as the party’s in-charge of the Congress’ election campaign in Bengal, where the party acquired a dreadful zero. In fact, Prasada chastised the Congress for forming an alliance with the Indian Secular Front, a cleric-led party.

Jitin Prasada was targeted by the Congress unit in Uttar Pradesh.

Jitin Prasada’s disagreement did not go over well with the Congress’ Uttar Pradesh branch, which demanded action against him and other politicians for the letter bomb. Jitin Prasada’s family, in particular, had a tense connection with the Gandhis. Jitendra Prasad, his father and a prominent Congress official, was dissatisfied with Sonia Gandhi’s leadership of the party in 1999, and sought unsuccessfully for the position of party president.

Maharashtra Board Class 12 and Class 10 exams have been postponed until 2021.